How Accessible Is the School for My Child? 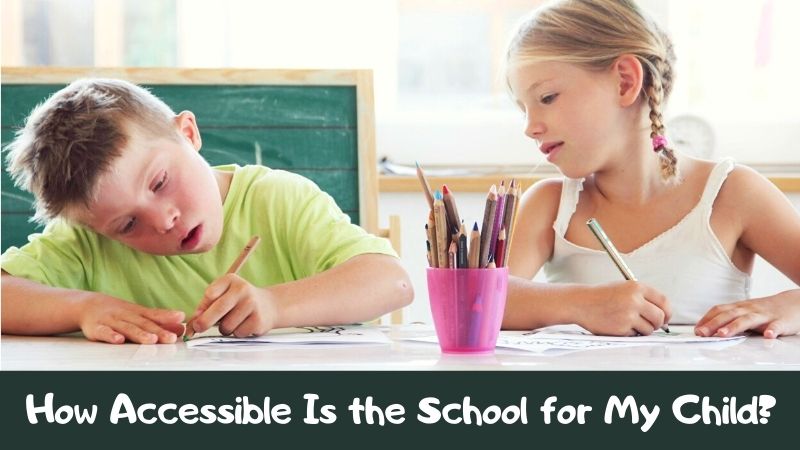 “Do not be afraid, let the disabled child study with his peers. Children are amazing creatures, you cannot imagine how successfully they solve the most difficult problems. The main thing is not to isolate the child, not to lock him/her up in a special school. Just give him/her the opportunity to go forward! ” – Bianca Vogel, Para-Equestrian Champion, advises UK officials.

Vogel, 62, has no hands – she was one of the so-called “thalidomide babies” born after their mothers took sleeping pills during pregnancy, the negative side effects of which were not yet known. Bianca strongly believes that all children with disabilities should learn with healthy children. During her childhood, this was not obvious – the overwhelming majority of disabled people were educated in special schools and correctional schools. But even today the issue of inclusive education (when children with disabilities study in regular schools) is one of the most pressing issues for officials, school principals, teachers and parents.

The Convention on the Rights of Persons with Disabilities, adopted by the UN General Assembly in 2006, guarantees every child with disabilities access to “inclusive, quality and free primary and secondary education in their communities.” In Germany, the convention came into force in 2009, the UK ratified it in 2009.

Now, years later, we can already say whether the general education system is capable of providing truly equal opportunities for healthy children and for wheelchair users, deaf and dumb, visually impaired, children with developmental delays.

At the conference “International Dialogue EU – CIS: Together Towards an Inclusive Community”, held in Dusseldorf on September 27, people with disabilities, officials, public figures and social workers from the UK and Germany discussed what they have achieved since the signing of the convention. They all agree on one thing: the “barrier-free environment” begins in the minds of people.